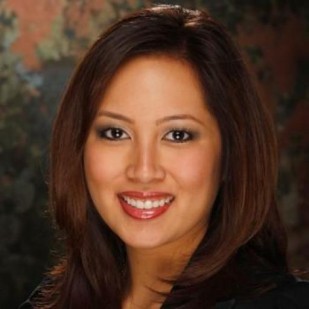 Angelica Duria joined the FOX6 News team in October 2010, making her trek back home to the Midwest.

Since her arrival, Angelica has held several roles and shifts on FOX6. For more than two years, she reported for FOX6 Wakeup, covering some of Wisconsin’s biggest news stories — the blizzard of 2011, the Packers’ road to the Superbowl, the Sikh Temple shooting, and plenty of political coverage. Spending weeks in Madison covering protests over collective bargaining and reporting live from several campaign stops for the gubernatorial recall and Presidential elections in 2012.

But it was the winter of 2013 that may have been the most memorable. Angelica was covering a snow storm when her “It’s snowing and it sucks here” report went viral. CNN’s Jeanne Moos even dedicated a whole story to her!

Since then, Angelica has made her way into the studio as part of the FOX6 Wakeup anchor team & Real Milwaukee host panel. As a self-described foodie, she started a bi-weekly cooking segment on Real Milwaukee called “Dining with Duria.” You can catch her on FOX6 every weekday from 4:30-10 a.m.

Before coming to Wisconsin, Angelica worked in Northwest Arkansas for KHBS/KHOG 40/29 News. There, she worked as a reporter covering ice storms, tornadoes and the world’s largest retailer – Walmart.

As a first generation Filipino-American, Angelica is a proud member of the Asian American Journalists Association.

In her spare time, Angelica likes to travel, spend time with family, find new places to eat and shop for bargains. So much so, that she’s admitted to owning over 90 pairs of shoes!