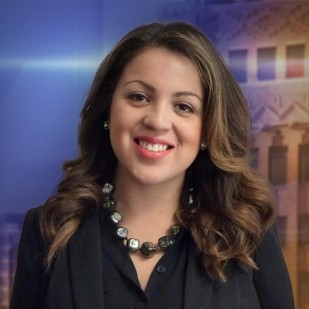 Hello everyone, I joined the FOX6 news in September of 2016. I’m grateful for the opportunity to tell your stories and to join such an incredible newsroom.

I was born in Chicago, Illinois and raised in the suburbs of Berwyn and Cicero. I’m Mexican-American and fluent in Spanish.

I graduated with an associates’ degree in arts at Morton College in Cicero. I then went on to Columbia College Chicago to complete my bachelors’ degree.

I got my start in television in East Central Illinois. I reported for FOX Champaign News WCCU/WICD.

As a general assignment reporter I covered a wide range of stories in the areas of politics, education, sports, and crime.

Some of the most memorable stories I covered include the events leading up to the unrelated firings of two Champaign police officers for violating department policy.

I covered a year of administrator shake ups at the University of Illinois, starting with the abrupt resignation of Chancellor Phyllis Wise.

I was also part of the team that covered the firing of head football coach Tim Beckman after player mistreatment allegations arose.

I also reported on the high profile visits of our nation’s top leaders. Vice President Joe Biden’s visit to the U of I in 2015 to promote the “It’s on Us” campaign and President Obama’s return to Springfield in early 2016.

Most recently I covered the impact of an ongoing state budget impasse in Illinois.

When I’m not reporting, I’m hanging out with friends or spending time with my familia.

I love what I do and I’m thrilled to do it now in beautiful Milwaukee. If you have story ideas don’t hesitate to send an email my way.