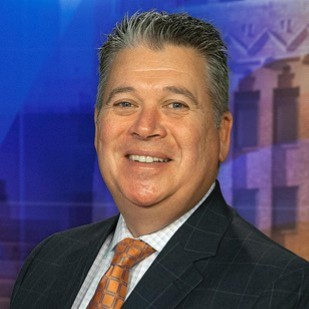 Maybe I can thank Vin Scully for getting me into my career. I was an 8-year-old watching baseball, wanting to be there, as a player or better yet, the broadcaster. Scully was the voice that brought me there. Even though he has been the long time voice of the Los Angeles Dodgers, as a San Francisco Giants fan, I don’t hold that against him. He was the broadcaster for all the big games of my youth and I wanted to emulate him.

The journey began by doing every possible book report I was assigned on sports, athletes or broadcasters. As I moved into high school the passion continued. I first became a writer for “The Amadon”, the newspaper for Amador Valley High School in Pleasanton, CA. Our mascot is the Dons if you were wondering where “The Amadon” came from. The next year, I became the sports editor for the paper. I then brought my talents to Southern California and Cal State Long Beach, where I was able to get my first big break. My uncle, Gary Cruz, an emmy winning sports anchor, took a job at KCAL just up the road in Los Angeles. He gave me an opportunity to intern and learn from the best sportscaster I’ve ever known as well as a great group of people. Plus, I got to meet and spend a little time with Scully at Dodger Stadium during the 5 years I was at KCAL. I moved up the ranks and was producing sports, covering many of the same athletes I had been writing book reports on as a kid.

My next life changing moment happened soon after college, I was hired as the sports director at KVEW-KAPP in the Tri-Cities, WA. From there I did sports in Pocatello, ID, Colorado Springs, CO, and Denver, CO before coming to Milwaukee in 2006. In the Brew City, I’ve been fortunate to cover the Packers, including Brett Favre’s final year with the green and gold, the Brewers return to the playoffs for the first time since 1982, as well as their NLCS run in 2011. I’ve also been with Marquette as they battled through the NCAA Tournament and I’ve told the stories of the Bucks in the playoffs.

In 2009 my life changed again. I made a move from sports to the news side of journalism in 2009 when I joined Fox 6 as a freelance reporter. The transition was much more enjoyable than I could have imagined. I’ve seen the amazing changes in Wisconsin up close. From the Packers Super Bowl run in 2011 to the protests over Act 10 days later and the subsequent recall races, to the wild weather we’ve endured, I’ve told the stories that matter to you. Then the national political scene set its sights on Wisconsin and I was able to sit down with the eventual Republican candidate, Mitt Romney and tell you why he was running for the highest office in the land. I also told you stories about former President Bill Clinton stumping for President Barack Obama and the President himself making many stops in our state. It’s a ride that continues and I can’t wait to see where it takes me. I look forward to telling the stories that matter to you and this community.

Once again my professional life changed, this time in June of 2014, when I moved from news back into sports. Now I’m telling stories of the Green Bay Packers, Milwaukee Brewers, Milwaukee Bucks, Marquette and Wisconsin athletics, among others. During the football season I’m also bringing you the Fox 6 High School Blitz. Along with giving you sports news of the day, I’m also sharing unique stories that take you “Beyond the Game”. This is an opportunity that I’m thoroughly enjoying as I’m able to bring you stories that are more than just x’s and o’s.

But most importantly, Milwaukee is where I met my beautiful wife. Because of her, I’ve been able to make Milwaukee my home and enjoy this area even more.

If it weren’t for Vin Scully’s impact on an 8-year-old kid in Northern California, none of this would have been possible and you would be reading about somebody else. Thank you Vin and thank you for taking an interest in me.