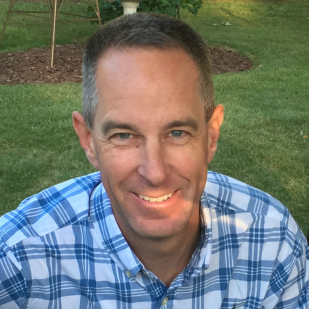 I’m the Executive Producer of Digital Media for FOX6Now.com — and have been with FOX6 News for the past 30+ years.

Actually this is only my second employer (I worked for Sentry Foods for 11 years in my high school, college and post college years too). Anyway, my time here makes me an old timer.

That said, there’s no truth to teaching an old dog new tricks. Before I began managing the web team in 2006, I was a newscast producer for 16 years — and I’ve done it all.

I began my producing stint with Mark Concannon, Roseann St. Aubin and Meteorologist Dana Tyler on FOX6 WakeUp News back in 1990. A couple of years later, I helped give birth to Milwaukee’s first weekend morning news — anchored by Jim Paschke, Joanne Williams, Scott Steele and Joe LaBarbera. After that, I ripped through every newscast FOX6 had to offer — weekends, weekdays, the midday news, the evening news. I finished up my producing tenure with eight years on FOX6 News at 10. I felt fortunate to be driving that newscast and working with Ted Perry, Joyce Garbaciak, Vince Condella and Tom Pipines. I learned from the best — and plan on sharing those journalistic tidbits with my cohorts down the road.

Back in 2006, the opportunity to manage the digital team presented itself and I jumped at it. I wanted something new in my day; something that would challenge me. And this did it. Prior to August 2006, I didn’t know an html from an xml or a .jpg from .gif (don’t feel bad if you don’t know the difference). That’s all changed now.

Feel free to get in touch with the digital team if you have questions. If we can’t answer them, we’ll get answers from someone who has them.