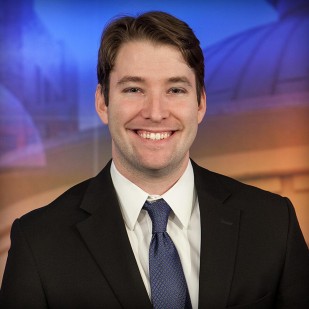 Evan Peterson is a general assignment multi-media journalist working the dayside shift during the week and the morning shift on the weekends. He was born in Dallas, Texas, and spent the first few years of his life there before relocating to Chicago for a little while and then ultimately settling in Elmhurst, IL.

Before coming to WITI he worked as a morning reporter at WICS in Springfield, IL. During his time there he covered a lot: the state’s budget crisis, flooding of central Illinois, President Barrack Obama’s visit, the 2016 presidential race, and profiled the FBI’s central Illinois cyber security squad.

When he’s not in the newsroom you can find him exploring Milwaukee, hiking, and volunteering.