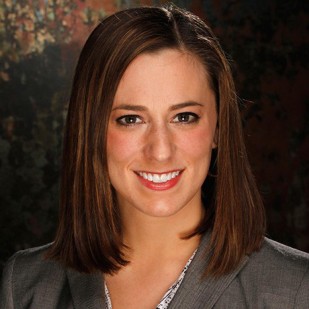 I’m proud and grateful to be a member of the FOX6 News team. I arrived in January 2011 and spent my first weeks at FOX6 covering the union protests in Madison. I guess you could say I hit the ground running!

I spent my first five years at FOX6 as a general assignment reporter. I had the responsibility of covering breaking news events that included the Sikh Temple shooting and the shooting at the Azana Salon and Spa.

For two years at FOX6, I worked with the U.S. Marshals on a weekly ‘Wisconsin’s Most Wanted’ segment, which assisted in the arrests of dozens of fugitives.

I am honored to currently be FOX6’s Contact 6 consumer reporter. My job is to help you save money! If you have a problem with a company or organization and can’t get a resolution, turn to us! Contact 6 has been going to bat for the little guy since 1972.

Some of my favorite stories prior to Contact 6 are the in-depth reports I generated with Milwaukee’s medical community. One of those reports received an Emmy Award and others received Emmy Award nominations.

I came to Milwaukee from Green Bay, where I reported for WFRV from 2008 to 2011. There, I reported on record flooding, a decades old murder investigation, and, of course, the Green Bay Packers! Prior to that, I spent one year at WKBT in La Crosse.

I became interested in TV news while a student at the University of Wisconsin-Madison. After internships at WCCO in Minneapolis and NBC-15 in Madison, I landed a full-time on-air internship at WISC, where I worked throughout my senior year.

I grew up in Apple Valley, Minnesota and graduated from Eastview High School. Growing up, I wanted to become a writer, but found I lack the patience to sit down and write a book. The fast-paced business of TV journalism is much better fit for my personality!

In my free time, I like to run outside on southeast Wisconsin’s beautiful trails, read, and spend as much time as possible with my husband and daughter.

If you see me out on a story, please come over and say hello!