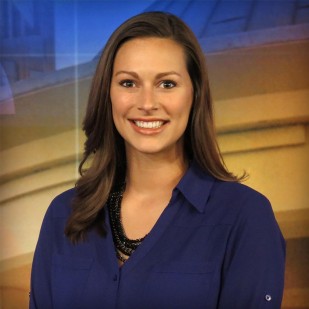 Kaitlin Sharkey is excited to be a part of the Fox 6 sports team! She joined the department in March 2017.

Before coming to Milwaukee, Kaitlin worked as a Sports Anchor/Reporter at WBAY in Green Bay, WI, covering everything Green Bay Packers.

She began her sports career at the CBS affiliate WSAW in Wausau, WI prior to her time in Green Bay.

Kaitlin is a born and bred Sconnie! She was born in Milwaukee, raised in the awesome small town of Theresa and attended Lomira High School.

After graduating in 2009, she returned to Milwaukee to study Journalism at the University of Wisconsin-Milwaukee. Go Panthers!

Returning to Milwaukee to cover sports has always been a dream of Kaitlin’s and she’s grateful for an opportunity to return to a city she’s always considered “home.”

Outside of work, Kaitlin enjoys spending time with her family & friends, traveling, and of course, attending/watching sporting events.

Have a story idea? Email Kaitlin at kaitlin.sharkey@fox6now.com