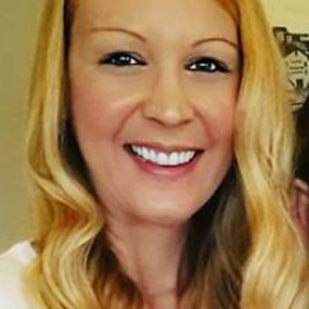 My name is Katie, and I am the nightside web producer with the FOX6Now.com web team! As it turns out, the third time was the charm for me, here at FOX6, as I interviewed for different positions on the web team twice before finally landing the night-side web producer gig here in October of 2011. I feel like this position is absolutely perfect for me, as I am a web junkie! I don’t think there is a single hour in the day that I’m not doing SOMETHING online, whether it be at work, at home on my laptop, or on my phone. Also a self-described newsie, I’m so excited to see how we can use technology to help keep you informed!

Originally from Byron, Illinois (a blip on the map 30 minutes south of Rockford, IL), I grew up in a town of around 4,000, watching FOX6’s Mary Stoker Smith anchor the news every night on WTVO in Rockford (it was my dad’s favorite station!)

After graduating from high school, I was anxious to escape my small town, but wasn’t ready for a big city. After visiting UW-Whitewater, I knew with the small-town feel, it would be a great fit! I spent four years completely immersed in the on-campus television and radio stations, and also did a little bit of writing on the side for the on-campus newspaper, the Royal Purple. With the television station, I was involved in doing live broadcasts of the UWW Warhawks football games, and it was great to see our athletes achieve so much! (And the legacy of Warhawks football continues to this day!) To me, my legacy at U-Dub-Dub, as they call it, was my 30-minute live newscast I produced, that won a Wisconsin Broadcasters Association third-place award for best newscast. Winning that award was my goal when I stepped foot on campus as a freshman, and it was a great way to go out.

While at UWW, I got an internship with the investigative unit at another station here in Milwaukee. I remember the first time I drove to Milwaukee – driving over the Marquette Interchange and feeling terrified at how high up I was! I was definitely not used to the big city freeway system!

I was hired by the station I interned with as an editor before finishing school at UWW, so I would make the hour commute every day between Milwaukee and Whitewater. After a few months of tape-to-tape editing (which I definitely didn’t learn in school!) I was promoted to the full-time web producer position, and I loved it. I was the sole web producer, and while it meant long hours and lots of stress, I really felt like it was the perfect position for me in the news field. While I was web producer, the site I worked on saw its highest web traffic in site history. Sadly, I was laid off in 2008 during the terrible recession and struggled to find work. At that point, I thought I was done with the news field, but it’s funny how life can surprise you!