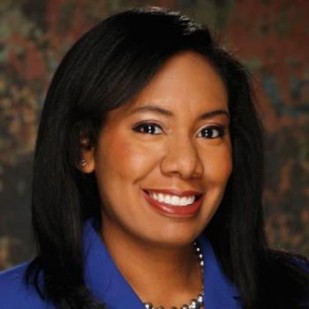 Erves graduated from the University of Georgia where she majored in broadcast news and minored in political science.

Shortly after graduation, Erves began working as a news reporter nearly 2,200 miles away from home in ” Big Sky Country,” Montana. She covered a wide range of news stories including massive wildfires during her tenure at KPAX-TV. One of her most memorable experiences as a reporter was flying over the Jocko Lakes Fire in a helicopter. After reporting at KPAX, Sharita spent three years as the morning anchor at WAPT in Jackson, Mississippi. Sharita reported live from the field covering the aftermath of a deadly tornado that devastated Yazoo County. She also spent more than six hours straight on the anchor desk bringing viewers wall-to-wall coverage about Hurricane Gustav. During her college years, Sharita started preparing early for a career in broadcast journalism. News is in her blood, and she’s very passionate about journalism. In Atlanta, she spent two summers interning at CNN Headline News. She also interned at WSB-TV in Atlanta, Georgia, as well as KPRC-TV inHouston, Texas.

Sharita hails from Atlanta, Georgia where she lived most of her life. She enjoys spending time with her family and friends in the southern states during her free time.

When Sharita isn’t anchoring and reporting, her favorite pastime is traveling. Sharita’s favorite hobbies include ice skating and oil painting.

One of her goals is to learn how to play the piano.