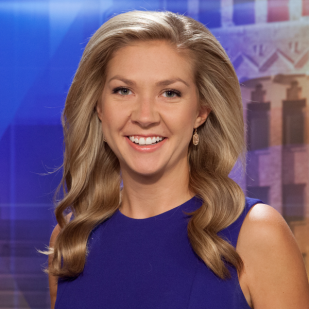 Like the time, talent and effort that goes into an intricate quilt, Suzanne Spencer lives that philosophy through her in-depth reporting as a journalist, giving careful attention to every detail of the storytelling process.

Before moving to Wisconsin, Suzanne began her career at WSBT-TV in South Bend, Indiana as a multimedia journalist covering northern Indiana and southwestern Michigan. She quickly moved up through the ranks and was promoted to the 10/11PM anchor and special projects reporter.

While she was there, she was honored for her work by the Associated Press. She won first place in best feature, and other awards for best series and best continuing coverage.

Suzanne reported on several big stories, like a shooting that left two bailiffs dead at a Michigan courthouse and a corruption case against a local sheriff. In a special report, Suzanne uncovered female veterans in northern Indiana don’t have access to a gynecologic provider.

Suzanne’s heart beats for the human connections in her reports, while keeping her curious nature at the forefront of her journalist duties.

She grew up in Lafayette, Indiana and graduated from DePauw University in Greencastle where she was an English Writing major. She lives in Milwaukee with her husband, where she attempts to cook, sew and enjoys trying new restaurants.

She’s thrilled to join the FOX6 team and bring you meaningful stories that impact you and your families.

Suzanne would love to hear from you! Send her story tips at Suzanne.spencer@fox6now.com, find her on Facebook: https://www.facebook.com/suzannespencertv/ or on Twittter at @suzspencertv.