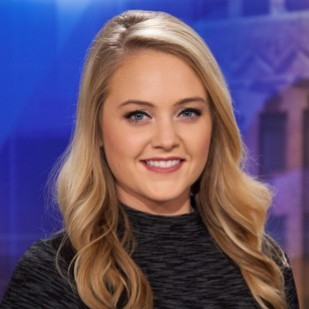 Christina Van Zelst joined the FOX6 News Team as a multimedia journalist in November 2018, making her way closer to home in Chicago. She’s excited to be back near family and friends!

Before coming to the Badger state, Christina worked as a fill-in anchor and multimedia journalist for Eyewitness News WEHT/WTVW in Evansville, Indiana for two-and-a-half-years.

She graduated from Purdue University in 2016 where she was an anchor and reporter for Fast Track. She also worked for the Athletic Communications Department, covering all Purdue sports. Christina also had her own radio show covering Purdue sports on WAZY-FM. During college, she interned at Comcast SportsNet and NBC5 in Chicago.

Christina was born and raised in the northern suburbs of Chicago in Glenview where she went to high school at Glenbrook South. She has always been passionate about sports — Boiler Up! — and is a Chicago sports fanatic (especially the Blackhawks).

In her spare time she likes going to the movies traveling and hitting the gym.

If you have a story idea or tip, send her an email at Christina.VanZelst@fox6now.com